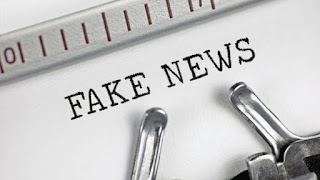 #1 - There’s no frigging editor, there’s just me. And I will deny any errors because I am Irish, hard-headed and cantankerous. I am also prone to forgetting to use vwls in sntnces. Just deal with it.

#2 – I fib on occasion so whatever I said in the first Editor’s Note may not be true.

#4 – There are actually FOUR Editor’s Notes.

#5 -  I wrote occasional bits of humor in my college days. I am returning to my roots with this fabulous new feature. Reactions of my English professors were decidedly mixed back then. Two professors stand out, one who encouraged me and another who promised me that writing humor would lead to utter failure in life as well as obesity, cankles, and an unhealthy fascination with politics. But these were her afflictions, and she was seriously unfunny. I’ve always wanted to ask her how she reconciled that, but she died tragically when she was hit by a blimp while on a lint-collector’s convention in Owego, New York.

As to humor, I learned the hard way there is very little room for it in some situations. College finals, for example. I often couldn’t resist just one smartass answer in an essay, and I doubt they helped my grades. I do recall a final COBOL program for a computer science class that had some dry humor in a few subroutines. I aced both the final and the course.

While I am reminiscing, on a similar note (and a memory no doubt triggered by an acute overdose of caffeine), I recall that at Penn State University Park I once completely fabricated Russian history on a final exam. This was not a work of humor. It was an act of desperation. I hadn’t been to class in weeks; I was scrubbing the beer taps at the fraternity house that month as part of my pledge duties. Working thirty hours a week at a place called “Munchies” (where the food was every bit as horrible as the name suggests) didn’t help keep me in class either.

This history course was taught by a professor who supposedly emigrated from Russia. He was a fascinating older gentleman with a wild, bushy beard who sported rumpled suits and wore a pair of JoePa’s discarded coke-bottle glasses. Ivan …yes, let’s call him Ivan, a cliché of a moniker made necessary because I can’t recall his real name… had no love for his students. He berated us for not standing when he entered the room and for failing to remove our hats out of respect.


“In Russia, when professor enters room, students stand and remove hats,” he told us on the first day of class.

From then on, we stood until he entered the room and then plopped our asses quickly into our seats and donned headgear. All kinds of headgear. Even the ladies wore hats. One young woman wore a Carmen Miranda hat (I ate a banana off that thing one morning. Needed potassium. Big rush party the night before). Another young lady wore a drinking helmet, and I can’t remember her face because it was always face down on the desk. I can’t remember what hat I wore because this was Penn State in 1978, I lived in a fraternity house, and if I wasn’t drunk I was hungover until I could get drunk again (but generally after ten in the morning because any earlier was bad form or just a continuation of the previous night).

I crammed for the final by reading one book the night before, finishing an hour before the test. I wrote my final exam narrative by weaving snippets of truth into total fiction. There was royal intrigue. There were glorious battles led by Russian generals, all with Ivan as a first name (in honor of Professor).  There were peasant revolts, the occasional palace romance, and a paragraph on how Rasputin rose to power after flunking out of a St. Petersburg soft-shoe & tap dance academy. I nailed the final and I got a B in this history course, I poop you not. I didn’t wear a hat on exam day (it fell behind a keg at the fraternity house) and that didn’t hurt either.

I’ve often wondered whether the good professor was a defector the CIA stashed away at Penn State.


“You’ll teach Russian History, Boris,” they told him (...yes, I changed his name. It’s my narrative and I can damned well do what I please).

“But I am a nuclear physicist! I know all about neutrons, and nothing about history!”

“That’s okay. These kids are probably drunk or hung over. They’ll never know the difference.”

“But the hats… they don’t remove their hats!”

Anyway, enough of the rambling. What follows here is some gen-u-ine fake news headlines and snippets. Enjoy. It is time for my sedatives anyway.


Headlines from around the nation:

Trump Takes Cabinet to New Low! – DC Daily (“…he took them to the White House basement,” says elevator operator. “He likes the boilers. They’re shiny and have big red buttons.”)

Extensive Damage in New York after Rachel Maddow and Sean Hannity Randomly Bump on Street Corner. - The Daily Physicist (“…it was a classic matter-antimatter reaction contained only by the random presence of a nearby fertilizer truck, which prevented a massive chain reaction,” says a really, really famous physicist.)


Mercifully, the last bit of this caffeine-induced mess:

I read a story about a guy whose wife fell off a cruise ship and claims he didn't notice she was gone.

Here's what happened as they strolled the deck:

"Harvey, this cruise is terrible. The buffet is skimpy."

"Why are you wearing those pants? You wore those yesterday. I put out clean ones."

"Did you tell the Captain to find another way to the Bahamas? The water's too rough. I'm seasick all the time."

"Is that egg on your shirt? Heavens you are a hot mess!"

"Oh, the ship is rolling in the waves again. I'm sick. I have to lean over the rail and vomit."

Three hours later, Harvey gets a visit from the Captain:

"Sir, a blimp spotted your wife and a fishing boat pulled her out the water. She was riding a whale's back. She's fine. She apparently fell overboard."

"I never even noticed she was gone, sir."

"She'll be waiting for you when we make port. She said to change your shorts and shirt."


Be good to each other.

My motto is be good to each other. In that spirit, keep it clean on the comments. Personal attacks, nasty language, and any disdain of chicken wings will not be tolerated.